In 2003 I brought Bread and Puppet to Swarthmore College in Pennsylvania. Since teaching at Concordia University, I have been facilitating biannual summer classes for Concordia theatre students at the Bread and Puppet farm as well as Bread and Puppet Theater performances in Montreal. Our students are deeply inspired by the ecologically aware and politically active art and lifestyle Bread & Puppet models.

A student residency performance for Ecuentro, 2014
The Possibilitarians, 2012
Insurrection Mass with Funeral March for a Rotten Idea, 2003 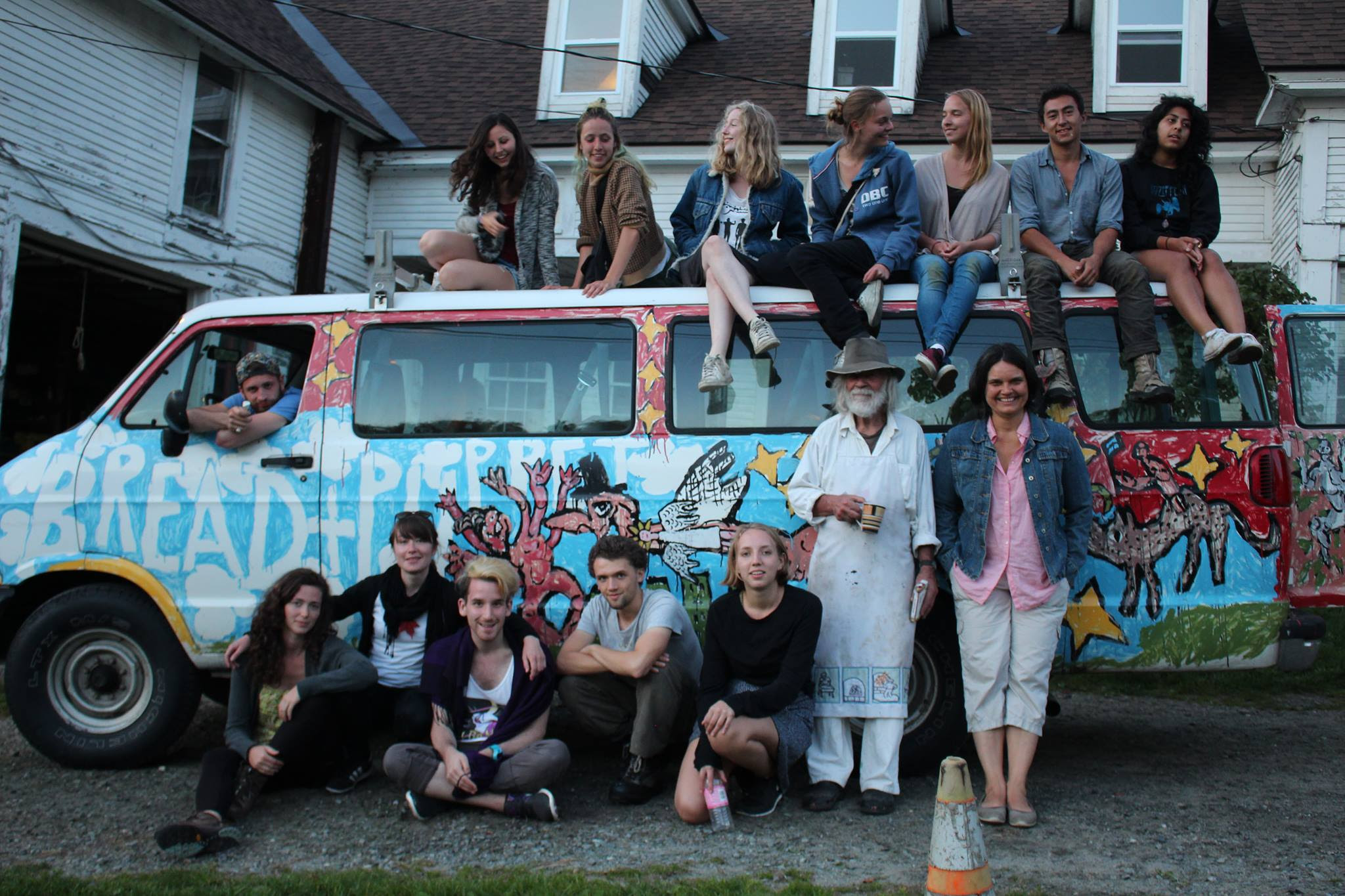